Twenty years since 9/11, counterterrorism is at a crossroads in Afghanistan 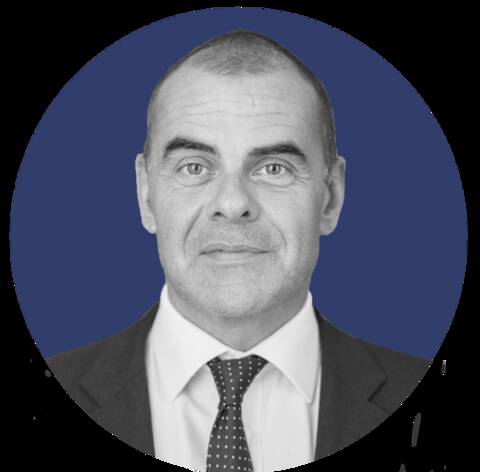 Twenty years on since the 11 September terrorist attacks, counterterrorism is still not succeeding even in its limited aims to stem terrorism, as the events in Afghanistan have shown, says Khalid Koser, executive director of the Global Community Engagement and Resilience Fund (GCERF). He calls for a new approach.

The shock of 9/11 dealt the global community a heart attack.

In the aftermath, in its indecision on whether to address the symptom, by expelling Al Qaeda from Afghanistan, or the cause, by building a more legitimate state and prosperous society, the international community achieved neither.

Now, 20 years on, there are legitimate concerns that the resumption of power by the Taliban will heighten the global risk of terrorism. The country may once again become a haven for international terrorist groups like Al Qaeda and ISIS, whose fighters are already there. The way the Taliban ultimately outlasted its would-be ousters will likely embolden other extremist groups around the world. More controversially, a mass exodus of Afghans to neighbouring countries risks re-establishing the conditions for radicalisation which bred the Taliban in the first place.

Certainly, the international community needs to leverage initial Taliban reassurances of expelling and repelling international terrorists, reassert its zero tolerance of terrorism and provide humanitarian safeguards for Afghan refugees. But it would be a mistake to allow the shock in Afghanistan to divert attention from more systemic risks elsewhere. The real risk of Afghanistan is not to learn its lessons, and not to respond to those risks more effectively.

It is always tempting to address a symptom by putting a solution in place before the underlying factors are properly understood. This is what happened in Afghanistan after 9/11, and that miscalculation has endured around the world as counterterrorism.

Counterterrorism has not succeeded even in its limited aims to stem terrorism, whether through targeted military strikes, sanctions, or restricting terrorist financing. Al Qaeda was repelled from Afghanistan, but may now be back. ISIS was defeated, but its legacy remains in the form of thousands of foreign terrorist fighters in camps in Syria and Iraq, and through offshoots for example in northern Mozambique and the Philippines, not to mention ISIS-K in Afghanistan. The terrorist threat has diversified and spread, for example in the Maghreb and Sahel.

That is also because the international response has failed to address the factors that radicalise people in the first place and turn them into recruits. I head the Global Community Engagement and Resilience Fund, which funds grassroots programming in some of the world’s most conflict-riven societies to try to address these factors and prevent violent extremism in the first place.

Terrorism has multiple political, social, and economic causes. It tends to emerge in weak or collapsed states and is associated with states in transition from authoritarianism to democracy. It accelerates most rapidly where societies are modernising, with increasing disparities, mobility and communication, and thus wider audiences and targets. Perceptions of deprivation and inequality often make individuals more prone to radicalisation.

Less forceful security policies are still largely determined and delivered by the global north upon the global south, sometimes propping up governments with little legitimacy other than being a partner in the global war on terror, and often relegating human rights and civil society. The political rhetoric of many of the leaders of the global war on terror casts Islam as a jihadist movement, not an Abrahamic faith.

If 9/11 was the initial heart attack, 20 years later the body politic has suffered a second coronary failure. In the global reckoning underway now, let’s acknowledge that the current approach to counterterrorism alone will not stave off third and further attacks. It is akin to fitting a faulty stent that has the side effect of increasing blood pressure.

A new approach is required, with prevention and local ownership of the solution at its core, as counterterrorism is surely no longer credible after the events of Afghanistan.

The key lesson is to take the time to get the details right. There is a deeper evidence base to draw on and more stakeholders to engage than two decades ago. And the cost of failure will be even higher.

Dr Khalid Koser is executive director of the Geneva-based Global Community Engagement and Resilience Fund (GCERF), the global fund for preventing violent extremism. He is also professor of conflict, peace and security at the United Nations University, Maastricht. He will be briefing the Geneva Diplomatic Club on the future of counterterrorism on 6 September.