Suppression of the Uyghurs: let’s stick to the facts 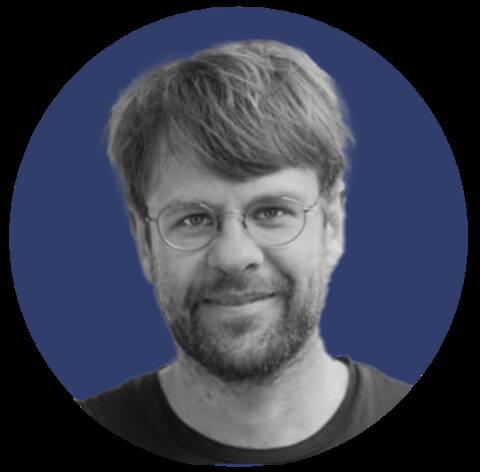 Too many articles on Xinjiang are imprecise, politicised or one-sided, and let complicit parties off the hook rather than improve the situation of Uyghurs, writes Rune Steenberg, a Danish anthropologist specialising in the region.

It took a good two years from the beginning of the mass incarceration campaigns in Xinjiang Uyghur Autonomous Region, aka East Turkistan, in 2017 till western mainstream media reported on it widely. The Chinese government defended their conduct by stressing the necessity to battle terrorism and insisting that people are living in happy harmony. Those familiar with the region know that this is not a sincere depiction.

I have researched Xinjiang for more than a decade, lived in the region for two years and speak Uyghur fluently. In 2017, I lost contact with my friends and colleagues there and several of them were reportedly detained. I have since interviewed 15-plus camp survivors, heard hundreds of testimonies and read leaks and other documentation of the mass incarceration and state violence in Xinjiang, much of which is adequately described in a recent report by Amnesty International. Many western activists, academics, journalists and politicians have worked hard and successfully to bring these abuses to the world’s attention. Yet, starting in 2019, alongside the Chinese counter-propaganda, I began to notice that some Western reporting likewise lacked in precision.

Established facts were not marked off clearly from speculation and extrapolation, claims not fact-checked, mistakes not corrected and certain narratives seemed to filter the selection of evidence and interpretation. It felt as if facts that did not fit into these narratives were largely ignored or even silenced. This included the gradual closing of the camps and release of detainees, the reconnections with relatives in Xinjiang and the renewal of expired passports for Uyghurs abroad which had not been possible for several years.

This selective attention obscures our understanding of on-the-ground developments such as the differentiating treatment families, the problem of long-term sentencing of Uyghurs and the nature of labour coercion. It further erodes the trustworthiness of our knowledge production, lends it to political manipulation and, more importantly, draws us away from the truth and understanding of actual reality towards simplifying constructions that increasingly resemble propaganda. China observers, if any, should be particularly aware of the dangers of such distortions.

Some imprecisions in reporting may be put down to the hurried and sensationalist workings of contemporary media. Newspaper articles quoting influential 2020 reports concerning forced labour and sterilisations, presented readings of their executive summaries that drew explicit conclusions carefully avoided in the reports’ core text. Yet, neither the authors nor we in the academic community have been sufficiently vigilant in insisting on precision and factuality.

A much cited 2020 report on the truly worrying stagnation in Uyghur birth rates in Xinjiang claims that “in 2018, 80 per cent of all net added intrauterine device (IUD) placements in China were performed in Xinjiang”. This sounds shocking, but a brief examination of the numbers show the statement to be misleading. A year after its publication, instead of being corrected, this mistake has been reiterated numerous times. The Newlines Institute initially quoted it in their March 2021 report, but later removed it without notification.

Based on secondary sources the report concludes that the Chinese state is committing genocide against the Uyghurs. Crucial in order to substantiate this claim, it seeks to establish that the Chinese government has an “intention to destroy” the Uyghurs as a people. It bases this on quotes taken from leaked speeches by Chinese government officials pledging to “wipe them out completely” and “destroy them root and branch”. The original documents have not been made available by the New York Times, but even the article from which the quotes are taken, states that this is said about “terrorists”, not Uyghurs. In a similar misquote, the already very worrying “round up everybody who should be rounded up”, in places becomes arguably different: “round up everybody”.

The term genocide is currently being used by many to refer to the violence in Xinjiang, in ways that, to me, seem misguided. If we define genocide widely, allowing for the absence of mass killings and interpret the “intent to destroy” in a loose sense, it might apply to Xinjiang and a number of other cases so far not recognised as such. Yet, to use the term to categorically distinguish genocide from other human rights abuses including those committed by western governments and corporations requires a more rigid definition. It must include mass killings and an unequivocally  established intent to destroy, which so far seems not to be the case in Xinjiang. To do both is logically flawed and appears indicative of a demonisation of the Chinese government as an evil force increasingly replacing factually based criticism.

Drawing on my own interviews and other primary data, I consider it to be established beyond doubt, that torture and rape have taken place in the camps and I hold the Chinese government accountable for this. But some generalisations drawn from selected cases and the degree of systematic government planning suggested in western mainstream media do not accord with a careful examination of the evidence available.

Such evidence is scarce as both the Chinese government, international companies and others do their best to control it, but it is not as scant as often suggested. Thousands of testimonies and leaked files support our understanding and many of the less spectacular cases remain unknown to the public, sometimes due to their misfit with the established narratives. Unfortunately, large amounts of material is still held exclusively by individual academics and organisations. Whether their personal vanity, privacy laws or an intention to control the narrative motivates this, this lack of transparency damages our quest for the truth and the case of the victims.

Some weeks ago, an Uyghur friend of mine who had been detained in Xinjiang for three weeks in 2016, but managed to escape, had not spoken to his daughters since and whose brother had been sentenced to eight years in prison for taking his call from Turkey, considered whether he should testify or not. He feared that his testimony might support China’s narrative because he had neither been tortured, raped or seen anyone die in camp.

Grave human rights abuses have been committed in Xinjiang. That is proven beyond all reasonable doubt. The question is, whether these abuses are so grave in comparison to wars, racial discrimination, mass incarceration, exploitation and the eradication of indigenous cultures and populations elsewhere, that engagement and negotiation with China should be abandoned and confrontation sought with all its consequences. This is not '“whataboutism”, but a question of intellectual honesty, political sincerity and about acting in ways that primarily serve oppressed peoples in Xinjiang and across the world instead of western geopolitical and economic interests.

Much-needed source criticism and fact-checking is increasingly taking place but mostly anonymously and rarely in public. There is fear and self-censorship on both fronts of this political trench-war. Uyghur activist Rushan Abbas, who has previously criticised the US for its conduct in Guantanamo Bay, insisted that while the west is not free of flaws, here at least one can speak up to power without being persecuted. In important ways, we are failing to exercise this defining ability. The risks of this are grave. Crying “wolf” plays into the hands of the Chinese government, painting reports of abuse as US propaganda. We risk a new cold war on false premises, damaging the trustworthiness of our media and academia and hindering the pursuit of truth and viable solutions.

The lure and danger of seeking the causes for Xinjiang’s tragedy primarily in malicious intent by the Chinese Communist Party or Xi Jinping is that it creates an over-simplifying account that precludes careful analysis and acquits many involved actors of their direct or indirect complicity. Since 2014, the indigenous populations of Xinjiang have suffered a violent perfect storm of racism, Islamophobia, land grab, mass incarceration, labour disciplining, capitalist exploitation, securitisation, militarisation, over-surveillance and the use of fear of terrorism to clamp down on local populations. These are global phenomena not perpetrated solely by the Chinese government alone. To avoid future repetitions in Xinjiang and elsewhere, their interrelations must be understood and acted upon worldwide.

Therefore, we need to engage in three interrelated conversations with more rigour and intellectual honesty. 1) We need a deep, open, source-critical examination of all existing evidence, in which narratives are questioned and simplifications abandoned, without the mingling of any global political power or vested capital interests. 2) Academic reports must be clearly distinguished from political ones, fact-checked, and peer-reviewed. 3) This must lead to an unbiased and comparative, global analysis of all the contributing factors to this human rights catastrophe in order for us to carefully consider the possible measures to be taken and their actual effect on suppressed populations in Xinjiang and across the world.

This article was first published in French in Le Temps as part of a series of opinion pieces gathered by Alain Werner, a Geneva lawyer and director of Civitas Maxima, a Swiss NGO fighting for international justice. The authors of the opinion pieces speak on their own behalf and do not represent the views of Geneva Solutions’ in any way.