Is the Iran nuclear deal back on track? 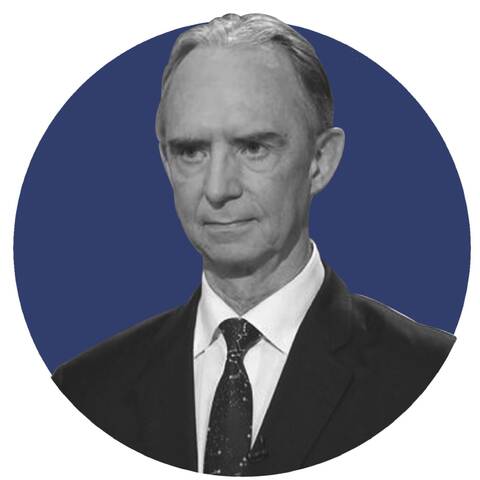 Indirect talks between the United States and Iran aimed at salvaging the landmark 2015 nuclear deal have resumed for a second week in Vienna.

The fact that these negotiations are taking place can only be regarded as a sign of progress, putting an end to the slow pace with which the Biden administration implemented its pledge of returning to the deal. The first round of talks was even more promising, with the decision of all sides to establish two working groups and discuss how the US can lift the sanctions imposed by Trump to Iran and how Tehran can return to full compliance with the commitments it has been breaking as a response to the US pull-out. Discussions will thus continue in the coming days, with European Union officials shuttling between US delegates and the six remaining parties to the deal.

This optimistic analysis cannot hide the difficulties ahead on how to get out of the current quagmire. Indeed, the Biden administration began by hesitating on the question of who takes the first step or conditions for sanctions removal. Later, its team of qualified professionals with experience of negotiations with Iran announced that it was ready for the full lifting of the accord-related sanctions out of some 1,500 measures decided by Trump. This will require a detailed, and possibly long, process of selection, complicated by congressional procedures. Moreover, Iran still demands certification that all sanctions have been lifted before it can start returning to full compliance with the Joint Comprehensive Plan of Action (JCPOA), the official name of the accord, and that will also need to be certified.

The only realistic solution to the stalemate was the idea of producing a set of ‘choreographed’ mutual steps, or roadmap, mediated by the EU, as suggested by the Iranian foreign minister. This seems to be accepted. But, once again, the devil is in the details, and the negotiation has started with imbalanced proposals known to be unacceptable to the other side. However, this is an inevitable phase, and not necessarily the end game.

Several factors convinced the US to move ahead after seeming to placate the opponents of the deal. First, there is a sense of urgency resulting from the looming presidential election in Iran taking place in June, that will most likely bring in a conservative president more difficult to agree with. Second, the pressure has been mounting from the series of gradual breaches of the JCPOA by Iran which can be seen as shortening the so-called “breakout time” needed to produce enough fissile material for one nuclear weapon, despite official denial that this is Tehran’s goal.

Finally, the other parties to the Iran Nuclear Deal have been signalling to Washington their strong interest in salvaging it: the Europeans because of their economic losses due to's secondary sanctions, and Russia and China in increasing their support for Iran, considerably hurt by US sanctions , especially in a context of the Covid pandemic and the lack of resources from oil exports.

For the JCPOA to get back on track, its parties will also have to face its 'spoilers', both domestically in the US and Iran, and regionally in Israel, Saudi Arabia and some other Gulf countries. This opposition is not new but takes another dimension after Biden announced his intention to re-balance the US policy and be less complacent with those countries. This may explain the likely Israeli sabotage of the Natanz enrichment facility.

There can be no alternative to a simple return to the previous status quo because the JCPOA was the result of a major multilateral effort based on mutual concessions. Its framework cannot be expanded to other regional actors and its content cannot include other issues such as Iran's interventions in the region or missile programme.

However, some indications from Tehran make it possible to consider regional talks, including on such issues, once the JCPOA is fully restored. There is a United Nations conference that all interested parties could take advantage of on the establishment of a Middle East zone free of weapons of mass destruction that met in 2019 and is slated to be reconvened annually. It was boycotted by the US and Israel. It would be in their interest to use this channel to voice their concerns and discuss possible arms control or confidence-building measures.

If this path is followed rather than escalation of tensions and military pressure, then the JCPOA may appear not only as a major achievement in itself but also as a possible model for global or regional nuclear non-proliferation measures. For instance, if some countries insist on enriching uranium, the JCPOA-type controls to avoid military capability could become a world standard. It would at least be worthwhile exploring such ideas at the next Review Conference of the Non-Proliferation Treaty planned in August in New York or at the Geneva Conference on Disarmament .

Marc Finaud is the head of arms proliferation at the Geneva Center for Security Policy (GCSP). The views expressed in this article are the personal views of the author.

Iran and US meet for talks to salvage nuclear deal

A new year brings renewed tensions in the world of disarmament