Giving a voice back to the voiceless: a call to empower refugees 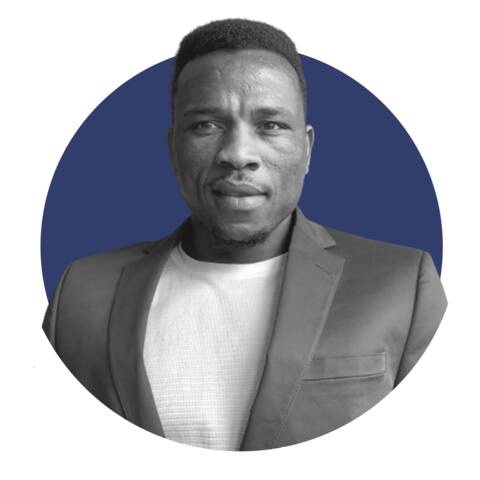 I’m tired of hearing celebrities saying they are  “voices of the voiceless.” Unfortunately, I hear it often from celebrities with our pictures and stories, rather than from refugees themselves.

The so-called “voiceless” are individuals living in poverty and conflict zones, and were forced to leave their countries while they were muffled, hushed, pushed down and left out. But they are not voiceless. They do not need your voices but they do need you to put them behind the microphone, make room at the table, and give them a chance to speak up. If we want to find lasting and sustainable solutions for the refugee and migrant crisis, then stop speaking for the so-called voiceless, and start working alongside them to make sure their powerful voices are heard.

Media, the arts and celebrities often say they strive to “give voice to the voiceless”. While this can empower, it can also be a potentially harmful tool for them too. It makes me feel like an object, it discourages me from speaking for myself and most importantly, it is dehumanising because someone else is speaking on my behalf. Being a refugee means more than being an alien, no right, no voice; this can sound trite, clichéd, even patronising. Speaking on our behalf can take the real voices of the concerned people away and replace them with a slogan, “Voice of the Voiceless”. Are they really voiceless? If so, then who took their voices?

What refugees urgently need, besides food and water, medical care, and a roof over their heads, is hope! And prospects of a homeland, friends, and a sense of security. Unfortunately, reality presents a completely different picture to many of them. Here is a call for reflection.

Protests and public ceremonies at least remind us of the problem, even if they do not solve them. Anyone who has never been part of a refugee trek has little idea of everything that happens along the way. These people have just turned their backs on violence, persecution, and human rights violations only to walk into hopelessness, hunger, and cold! It is a vicious cycle of evil that has been set in motion. People with a permanent home and a roof over their heads can barely imagine this. There are millions of fates and stories that tell of violence, human abysses, but some also of hope and courage.

Why is it easy to listen to someone who speaks out on behalf of victims but not to the victims directly? Is it also time to question this invisibility? The fact is that no-one is listening and no-one is offering them a platform to express their concerns on their own, so it doubles their suffering. We hide them in detention centres or camps, away from us, making it harder for them to connect with reality. But it also prevents the truth from coming out as it is, and that’s part of the complexity. The majority of these refugees are coming from countries that are torn apart by wars, extreme poverty, lack of freedom of speech, human rights abuses etc.

The media are not interested in listening to the people concerned. Instead they listen to the rich and famous, and this makes them complicit. It is on journalists and the media’s shoulders to seek out the stories of those who would be left out of the public record, like refugees, asylum seekers and migrants. If we aim “to give voice to the voiceless,” it requires more than asking for sound-bite quotes, taking pictures in refugee camps or using them to sell newspapers. No, it is bigger than that, it means listening to their stories, offering them a safe platform to speak for themselves rather than to speak on their behalf, no-one was born without a voice.

No media so far asks the refugees about the impact of the US election or the EU migration policy, why? Because we don't have a voice and our point of view is not considered as valuable. The Trump administration, but also the Democratic party, have largely dismantled the US asylum seekers and refugees resettlement programme. It became a model for the EU member States and Australia, and even questioned the refugees convention of 1951.

The actions of the US government over the last four years shaped the dichotomy of “Us-vs-Them”. It has also created social and economical inequality among the refugee communities: some were seen as vulnerable and others not, and this in turn has increased tensions within refugee communities. As an example, in 2017 when the US government made a deal with the Australians to take refugees from offshore detention centres on Manus Island and Nauru several countries were banned and it created big tensions between the refugees. These actions show a lack of compassion for the victims of armed violence and persecution and abdicates US leadership and support for countries struggling to cope with refugee crises. The Trump administration turned a cold shoulder to countries on the frontlines of conflict, many of which are close US allies and bear the burden of caring for and protecting the overwhelming majority of the world’s refugees. Even at its most robust, US refugee resettlement only directly benefits a small fraction of the world’s 26 million refugees. But when used strategically, and in combination with humanitarian assistance and technical support, it can have enormous benefits beyond helping the relatively few people rescued.

The US refugee resettlement program has traditionally aimed to identify the most vulnerable refugees, often those who are not only persecuted in their home country but also unwelcome in the country of first arrival, such as members of religious minorities or LGBT.  The American refugee policies have inspired many countries such as Australia, Europe, the UK, and especially after the domination of the right-wing in Europe. In Australia, refugees are forcibly sent to remote islands and detained for almost seven years, in Europe especially Greece became the EU warehouse for asylum seekers and migrants, and some were forcibly pushed back by some EU member States to Libya or left to drown off the coast of Libya.

Europe’s humanity is lost at sea when it comes to refugees and no-one knows when or how will the EU get it back.

Abdul Aziz Muhamat is a human rights advocate for migrants and refugees now based in Geneva. He is the 2019 Martin Ennals Award Laureate for Human Rights Defenders (HRD), a UN fellow at OHCHR, and the former recipient of the ISHR Human Rights Defenders Fellowship. He is involved in social work, advocacy, and is authoring in collaboration with other refugees offshore and inshore ( They Can’t Take The Sky).

This article is part of our free newsletter, the GS Daily Brief. Subscribe now!

Stephen Cornish: Rescuing refugees ‘a moral imperative’ not a crime

The teenagers in crisis at Europe’s borders

Back at sea for the Ocean Viking