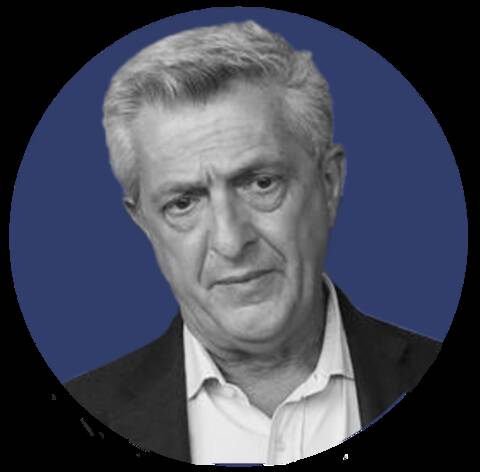 The 1951 Refugee Convention, the bedrock of international protection for people forced to flee their homes, has saved countless lives. Today, on its 70th anniversary, its critics claim it is the outdated product of another era. But if it is not defended and honoured, millions will pay the price.

Over the past seven decades, there is barely a corner of the world that has not faced the challenges of forced displacement. At the end of last year, the number of those uprooted from their homes, including refugees and the internally displaced, had reached 82.4 million – a number that has more than doubled over the past decade.

The causes and dynamics of human displacement are constantly in flux but the Refugee Convention has always evolved to reflect those changes. The modern embodiment of the principle of asylum, it has been supplemented by numerous other landmark legal instruments over the past 70 years – strengthening rights for women, children, the disabled, the LGBTIQ+ community, and many others.

Some governments, pandering to or encouraged by a narrow-minded and often misinformed populism, have in recent months attempted to reject the convention’s underlying principles. But the problem is not with its ideals or its language. The problem lies in ensuring that states everywhere comply with it in practice.

When 200,000 Hungarians fled in 1956, almost all of them were taken in by other countries within months. When I began working in the humanitarian field – in Thailand in the early 1980s – hundreds of thousands of refugees in Indochina were being resettled throughout the world.

Today, such a response is increasingly rare. While refugees and migrants continue to make perilous and sometimes fatal journeys across deserts, seas and mountains in fear of their lives, the international community is manifestly failing to unite in search of durable solutions for these desperate people.

Worse, we are now seeing moves to deny refugees asylum and even to outsource responsibility for their protection by “warehousing” them elsewhere. Yet if the richest states, blessed with the greatest resources, respond by building walls, closing borders and pushing back people journeying by sea, why should others not follow suit? Nearly 90 per cent of the world’s refugees are located in developing or the least developed countries. What should these states make of such contempt for the ideal of protection?

There are many ways of reducing the numbers of the forcibly displaced. Determined action to end conflict, defending and honouring human rights, addressing environmental degradation…all these would be effective, since they would address the root causes of human displacement.

Yet there is not enough political will for such solutions. Long-standing conflicts smoulder while new ones ignite. Climate change and environmental disasters are increasingly factors in displacement crises, yet countries are struggling to agree on joint action to limit rising temperatures. This summer alone, North America has been ravaged by heatwaves and wildfires, while Central Europe and China have been hit by severe flooding. The consequences of these extremes, as they affect more and more parts of the planet, will inevitably have an impact on human displacement.

Those of us fortunate enough to live in relative prosperity and stability cannot take these gifts for granted – the shock of the Covid-19 pandemic makes this clear. And those who think the Refugee Convention is either irrelevant or a nuisance may one day find themselves grateful for the protections it affords them.

There are reasons to be positive. At present, 149 states are parties to the convention, making it one of the most supported international treaties in the world. Like many other instruments of international law, it reflects common values of altruism, compassion and solidarity. Whenever I visit refugees and the communities that host them, I meet dedicated people who put those values into practice with astonishing generosity.

It might seem strange to be so passionate about a UN treaty. But the 1951 Refugee Convention is a reminder of our desire and determination to build a better world. Its 70th anniversary is a chance for us to revitalise our commitment to that ideal. Let us renew that vow, not break it.

Filippo Grandi is the UN High Commissioner for Refugees.