Do-gooders harming each other: oppression in the belly of humanitarianism 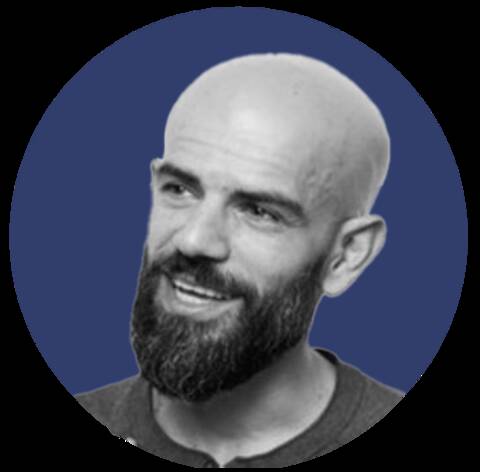 Tammam Aloudat is a Syrian physician and a humanitarian medical worker. He has worked in emergencies, conflicts, and disease outbreaks for the past twenty years and currently focuses on access to medicines as part of the MSF access campaign.

This article is taken from our free daily newsletter, “Daily Brief”. Subscribe now!

There were days, long ago, when I would have given anything to be a humanitarian worker. Now, I can’t exactly remember why!

I became a volunteer in the Syrian Red Crescent in my late teens. I was taken to a meeting by a cousin against my desire to go do something more teenage-like. I entered that room and I was hooked. For years afterward, during my medical training, my life centered around being a Red Crescent volunteer: it was my meaningful existence, my social circle, and my window to communicate and collaborate in a strictly regimented country under dictatorship.

That led me to wanting to work internationally as I have seen more Brits, Finns, Swedes and others visit while working in the region. There was a problem, acquiring the coveted title of Ex-pat was for Europeans and North Americans who wanted to work in places similar to my country, not the other way around.

I did, however, find myself in 2003 on an ICRC flight to Baghdad just after the American invasion. I had my break because the Red Cross didn’t want to send people from the invading countries.

I got my big opportunity and thought I had broken the barriers and I can now sail through a career built on merit and appearance of entitlement. That carried me far enough, I worked in the headquarters of the IFRC and MSF and spent the past decade and a half in Geneva. I felt comfortable around (although rarely inside) the inner circles.

It took almost two decades for me to start seeing the holes in my perception and in the utopia that is the humanitarian world. Things started small, they were insignificant, and then they started to build up.

Always in the middle, always on the outside

Life is clearer, I suppose, when one is on one extreme. It is clear when one feels absolutely entitled or absolutely oppressed: there is an inclination to preserve privilege on one end and to resist on the other. The problem with the range of positions in between is the difficulty in perceiving one’s position clearly and the temptation to believe that there is a «way up». This perception of an unchangeable system and a path upward push many of us to accommodate plenty of faults in our environments: structural racism, colonialist behaviors, sexism, and a range of «phobias» of people’s religions, sexual orientations, gender, and other aspects.

The system deceives us. There are always a few people «like us» in the high brass of every organization. «I could be there» one thinks, and it is true sometimes. However, we end up willfully blinding ourselves to all the problems we often fall victims to. We also climb the ladder by perpetrating the same prejudices and other harmful behaviors towards others «lower on the ladder.»

I have been on the receiving end of may comments and actions that were blatantly prejudiced from people I still consider colleagues today. They didn’t know better. I always felt more inclined to let it go because standing up and being marked «difficult» would harm me before anyone else.

But what keeps me up at night now, having thought about all this more, is what I have done to others. I went once to Turkey to work across the Syrian borders. I was received and accommodated in the ex-pat house which was pretty «normal». The difference this time was that the « local staff » who were segregated in a different accommodation were my compatriots: Syrian medics who worked in the hospital. The ease in which I accepted my privilege terrifies me now.

Like it did in many other contexts, structural and institutional racism in the humanitarian sector uses its victims to help it stay in power. This is not engineered by a few bad people, it seeps insidiously through everything.

Many examples are seen in every day work in every humanitarian organisation. They are the inheritance of a time past and a culture that clings on despite their obvious redundancy. I used to think that it will only take a little more time for the « old school » leaders of such organisations to retire and for a more modern and sensitive leadership emerge before things change, I was wrong. It is astonishing how good people are at planning a succession that replicates them.

Systems of oppression are created to hide behind good intentions and better excuses and to sneak into even the best places. The humanitarian world is no different. What is difficult to accept is seeing it boil under the surface of organizations that do great good and have good intentions but fail when it comes to this particular side of their culture and behavior.

I am uncertain at what it will take to change things.

The humanitarian sector will find it difficult to face the problems of the coming era: political turmoil, advanced conflicts, the climate crisis, emerging diseases, widespread migration, and brutal capitalist exploitation if we do not deeply examine where we stand and what we should be. This is not likely to be done by directors and consultants alone; without the genuine voice and participation of those most affected, the change that will save us is unlikely to materialize.

To go forward, we can:

Acknowledging the problem exists is not enough and the next steps are to transform the thinking and the view of places like Geneva from being the faraway ever-dominating headquarters into the hub of a democratic, anti-racist, decolonized and decolonizing humanitarian assistance.