Afghanistan: A lesson in how not to negotiate 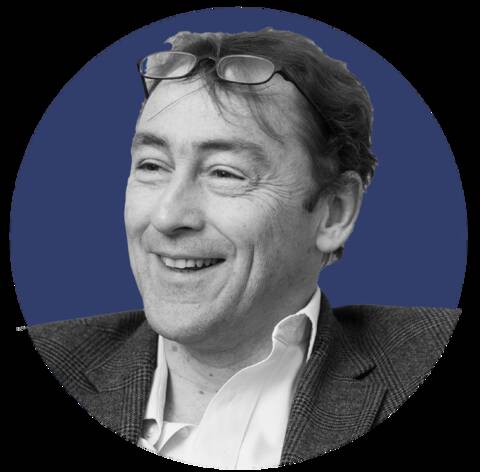 Military intervention is not a recipe for fixing failed states, writes the Centre for Humanitarian Dialogue's executive director, David Harland. Not in Afghanistan, as the recent scenes from Kabul and the rest of that damaged country show, and not anywhere else.

In the past 20 years, the United States has led or supported military interventions in Afghanistan, Iraq, Libya, Syria and Yemen. These have resulted in colossal loss of life in all of those countries and have cost the US dearly in lives and money – and in terms of American power and prestige.

Why does the US keep doing it, when the results are so clear to everyone? Three main reasons:

Exactly 200 years ago, John Quincy Adams said: “Americans should not go abroad to slay dragons they do not understand in the name of spreading democracy.” But they have, and they do. The vision of America, as a city upon a hill, which must save the world, runs very deep.

The US has wrestled, since the time of George Washington, with a countervailing nativist and non-interventionist current. But the missionary instinct is strong and often prevails – usually ending badly.

Second, and related to the first, US foreign policy is almost always presented as being about binary choices: good and bad, right and wrong, with us or against us. Resolve is good and compromise is bad.

Third, since 1995, there has been bipartisan support in the United States for military intervention as a solution to a whole range of international problems. It began in Bosnia, where the campaign against the Serbs was seen as an example of how the United States could use its unparalleled power to rid the world of “problems from hell” – in contrast with the hand-wringing and fecklessness of the Europeans.

But Bosnia should not have been an inspiration for military intervention elsewhere. What Bosnia showed was that US force and might could not deliver much by itself, even in a tiny country where the sides were exhausted, the “bad guys” were anyway on the brink of defeat, and the basic elements of an agreement had already been accepted.

Taken together – the missionary zeal, the black-and-white world, the disdain for compromise, the excitement of seeing American power being used to apparent effect – the case in US politics for military intervention has been almost unstoppable for almost 25 years.

This mindset has undermined negotiated solutions that could have produced better outcomes.

UN envoy Lakhdar Brahimi wanted to bring the Taliban and their allies into the Loya Jirga in 2002, when leaders of the Islamist movement were more than willing to talk and to make compromises. But the U.S. said no, as it also said to the UN about Iraq’s supposed weapons of mass destruction. As Condoleezza Rice put it, the US didn’t want the UN bringing anyone to the table “with blood on their hands”.

Indeed, the whole misbegotten US sojourn in Afghanistan seems to be a lesson in how not to negotiate.

To start with, you do not wait until your enemy is strong before you start talking to them. And when you do speak to them, you do not give them the only thing they really want before talks begin.

But that’s exactly what Donald Trump did. He declared that the US was going to withdraw its forces, and then he sent his envoy to negotiate about it. But that did not make any sense, as the Taliban only ever wanted the Americans to leave. Once they had that, the Taliban had no reason to even give the Americans the “decent interval” that Richard Nixon had sought from the North Vietnamese in the 1970s.

Nor is this just true of Afghanistan. The U.S. has actively undermined negotiated compromises in most of the places it eventually invaded.

In Bosnia, before the war had even begun, the US encouraged the Muslims to back out of the deal they had made with the Croats and Serbs in Lisbon – to catastrophic effect. In Iraq, the US stopped the UN’s Kofi Annan from negotiating further on the non-existent weapons of mass destruction. And in Libya, the US actively opposed an African effort to set up a managed exit for Muammar Gaddafi.

The saddest part of all this – as America runs away from Kabul and desperate Afghans try to do the same – is that the lessons are obvious and have been known for a long time.

Military might can break things but it can’t build much. Most people do not like foreign military occupation. The alternative to a bad situation is not always a better one. And compromise is not always a bad thing. If you cannot eradicate your enemy, you have to talk to them.

David Harland has been HD’s executive director since 2011. David previously worked for the United Nations, including in Bosnia, Kosovo, Haiti and Timor Leste, including as acting head of government.  He was author of the UN Secretary-General’s landmark report on the Fall of Srebrenica. He currently serves on the United Nations secretary-general’s high-level advisory board on mediation, was chair of the World Economic Forum conflict prevention council, and was adjunct professor at the Johns Hopkins School of Advanced International Affairs (SAIS).