Restoring the shine of the City on the Hill, an urgent global priority 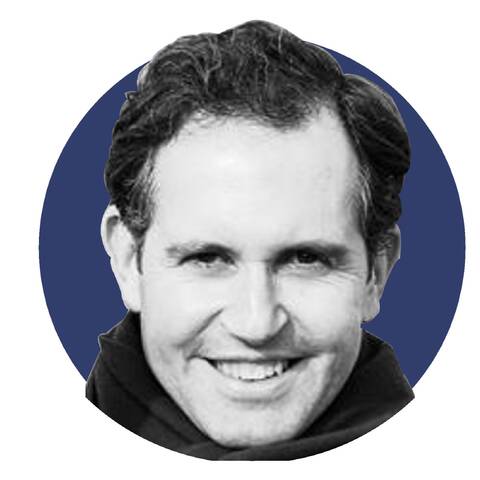 “The outcome of elections should be determined in the ballot box, not in the streets”, said Kofi Annan forcefully after the Kenyan election crisis of 2007-2008, but recent events in the USA have highlighted that the challenge exists in established and fledgling democracies alike.

Though consistent with President Trump’s discourse over the past four years and the growing radicalism of elements of the Republican base since the Tea Party movement, the incumbent’s rejection of the 2020 elections’ results over unsubstantiated claims of fraud, his incitement to insurrection and images of a violent mob storming the Capitol on Wednesday sent shock waves around the world.

The long-term consequences are impossible to assess at this stage, but it was certainly a blow to the USA’s standing in the world, and to the image of democracy as a whole. Yet the widespread consternation over the electoral crisis also offers a unique opportunity to build a broad coalition to defend democracy, both in the USA and around the world, as the incoming Biden administration has recognised.

The crisis has already highlighted the resilience of America’s venerable democratic institutions: the Supreme Court, despite its conservative majority, threw out baseless cases of electoral fraud brought by the administration, the Republican official in charge of Georgia’s elections refused to manufacture votes at the President’s behest, and the Republican Vice-President dutifully read out the real election results on the Senate floor, conceding victory to his Democratic rivals.

Even one of the President’s most stalwart supporters, Republican Senate majority leader Mitch McConnell, remarked that “If this election were overturned by mere allegations from the losing side, our democracy would enter a death spiral.”

With Democrats in control of the White House, the House of Representatives and the Senate, the Biden administration will have a unique opportunity and responsibility to shore up democracy at home and abroad. The President-elect has already made it one of the cornerstones of his agenda.

On the domestic front, the Biden administration could now enact the “For the People Act” of 2019, for example, passed by the House of Representatives in 2019. The bill includes a national expansion of early voting, redistricting reform, campaign finance reform, automatic voter registration and stricter disclosure rules for a bevy of political activities.

On the international stage, the Biden campaign announced plans to convene a conference for democracy, to marshal democratic forces around the world to and start pushing back against the growing tide of authoritarianism.

One of the issues such a conference could look at is the need to regulate the abuse of the internet and social media to manipulate elections, stoke violence and undermine institutions.  In this arena too, the recent events at the Capitol could prove catalytic, as demonstrated by the decision of Facebook and Twitter to suspend President Trump from their platforms.

A growing consensus has emerged in favour of regulation, and the new US administration could take the lead in forging coherent international democratic norms in this area, as advocated by the Kofi Annan Commission on Elections and Democracy in the Digital Age.

Yet it would be a mistake to think that the change of administration in Washington DC alone will “fix” America’s democracy. Wednesday’s events -and Trump’s presidency- are the symptom of deeper problems that must be recognised and addressed going forward, and not just in the USA.

The rise of populists in a range of established democracies cannot be understood without taking into account rising inequalities, the stagnation of the middle class, the perceived capture of the state by special interests, widespread tax evasion by the winners of globalisation, the decreasing effectiveness of national governments in a globalised world, declining trust in traditional institutions, profound demographic shifts and the rise of identity politics.

And yet, survey after survey shows that democracy remains a universal aspiration as men and women on all continents reject subordination to the caprices of other human beings rather than the law. However, with economic hardships only likely to rise as the pandemic-induced recession takes its toll on the world economy, the coming years will put all governments under strain.

The key challenge for the new Biden administration will therefore be restoring trust in Government and in democracy’s unique ability to deliver for all. The stakes are high, and not only for America, for one of the best ways to shore up democracy globally is to restore the shine of the “city on the hill”.

Sébastien Brack is the head of the Kofi Annan Foundation’s elections and democracy programme. He was previously Kofi Annan’s senior political officer and, beforehand, a delegate of the International Committee of the Red Cross.

'Peace starts at home': US elections and what it means for the future of peacebuilding

Tech companies take on the threat of social media during elections

Highlights so far from the US elections