Micheline Calmy-Rey: How AI could become the new frontier in conflict resolution 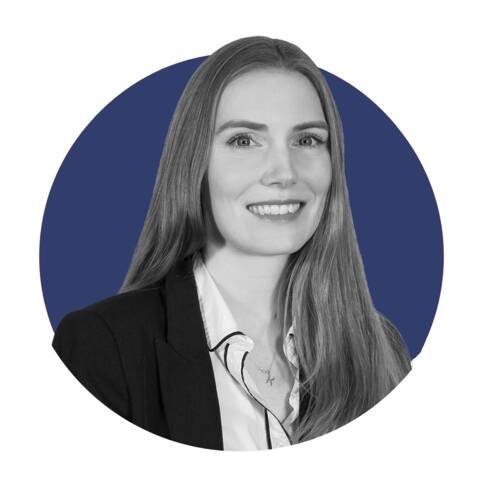 Twelve years ago, a brief but violent war broke out between Russia and Georgia over the breakaway territory South Ossetia, cutting off diplomatic relations between the countries and escalating tensions over the border between them.

Talks brokered by Switzerland were launched and in 2011, and after intense negotiations, the two sides signed a historic deal over its customs border - even if a definitive border is still long from being agreed. It also helped Russia clear the last hurdle for joining the World Trade Organization (WTO).

What’s less known is that behind the scenes, a team of computer scientists came up with a way around the problem of a physical border by creating digital checkpoints for the control of goods. This so-called science diplomacy was key to the deal’s success, said Micheline Calmy-Rey, former Swiss President and then minister of foreign affairs who led the negotiations.

This still fledgling field of international relations, which explores how scientific instruments can play their part in conflict resolution, has been gaining momentum in diplomatic circles.  And now it’s the focus of a new academic centre developed jointly by the University of Geneva (UNIGE), ETH Zurich, and accompanied by the Geneva Science and Diplomacy Anticipator (GESDA).

In an exclusive interview with Geneva Solutions, Calmy-Rey, a board member of GESDA and professor at UNIGE, reveals more about the launch of the Geneva-Zurich Center for Science Diplomacy - and how artificial intelligence could soon be playing a bigger role in conflict resolution.

Geneva Solutions: What was the idea behind the launch of the Center for Science and Diplomacy?

The Center is part of GESDA’s aims to address the future of global governance and multilateralism, and to do so by identifying fields of scientific research. The centre has two main goals. The first is the “scientification” of diplomacy. We try to find solutions using scientific tools. We do this by integrating science in the search for solutions to international problems.

The second goal is to promote the science of negotiation itself, or what we call “diplomatic engineering”.  The Center will appoint a chair of negotiation engineering, which will be established at the Department of Management, Technology, and Economics at ETH Zurich, and will be one of the centre’s core pillars.  The aim is to develop new tools of negotiation to allow us to spread scientific knowledge among professional diplomats.

GS: How is the University of Geneva involved?

MCR: There will be a second chair in computation and diplomacy at the University of Geneva. The role of the chair will be to develop a new approach combining artificial intelligence, machine learning, and agent-based modelling with other scientific data.  And this could be used on one hand to monitor the accuracy of the information and on the other to identify numerical models or patterns in relation to particular problems. These could then be applied in the context of certain negotiations.

There will also be a certain number of joint activities and projects between Zurich and Geneva, such as case studies via seminars, negotiation simulation, and advanced training on cases of science diplomacy.  There is also a further projet on automatic negotiation.

GS: Can you explain what you mean by automatic negotiation?

MCR: We are planning one project on automation negotiation, which will look at what parts of a negotiation process could be completed or partly entrusted to machines to design and concretize models of solutions. Or to support negotiators in their search for a solution.

This is a seminar which we have been conducting at Geneva University in collaboration with ETH Zurich and a university in Moscow for the last four years.  These case studies allow us to test the concept of “diplomatic engineering”. For example, this semester we are studying the case of the division of Cyprus [in 1974].  We will reenact it as though it is a real negotiation and explore solutions, with students, experts and diplomats taking part. It also allows us to demonstrate the importance of Geneva in this setting and the access we have here to different actors. It is an important place for diplomacy. But it is also an important scientific space, with the Campus Biotech, CERN and other technical institutions located here.

“In Geneva, we are at the crossroads between science and diplomacy. These are two worlds that barely talk to one another and what we [at the Science and Diplomacy Centre] would like to do is to spark that conversation.”

GS: How can science diplomacy play a role in today’s negotiations?

MCR: [Scientific diplomacy] is important in today’s world where international conflicts are becoming more and more complex and technical, and new scientific breakthroughs could facilitate diplomacy and multilateral solutions.  And currently, research is not sufficiently coordinated and disseminated, and ministers, people who make decisions, are not sufficiently informed about new technologies. But not only that. They are also very reluctant to bring science into mainstream diplomacy. To take the example of Russia and Georgia once again: when I brought up the idea of ​​involving scientists in the discussion of possible solutions, there was a great deal of reluctance on the part of diplomats. This is what makes it important to set up and facilitate this intervention - this “scientification” - of diplomacy.

There is also reticence on the side of scientists who consider sciences and international relations, diplomacy, being different things, and not really a science. They are quite perplexed by this. So, resistance exists on both sides.

GS: Where are your plans now for the centre?

MCR: This partnership is at the stage of the discussion of a legal plan; what type of partnership [will exist] between the University of Geneva and ETH Zurich. We have prepared an agreement between these institutions which is under review and then we are discussing with GESDA to see how GESDA could contribute to this project.

MCR: I cannot speak for other projects. What I can tell you is that the method of diplomatic engineering was developed inside the Swiss Federal Department of International Affairs, with different negotiations and bilateral negotiations that are overseen by Switzerland. After this, it was a method that was theorized and developed in Zurich and in Geneva.

GS: Could you give other examples of how conflict modelling and AI will be explored?

MCR: In a negotiation, you always have the general and global analysis of the situation and the environment in which the negotiation takes place. And that today is done by individuals researching documents etc. Here we could automate this analysis of the situation or of an international issue. It would be much more objective, much more refined, it would take less time, and it could be used by diplomats, by negotiators, for their negotiations. We could make ideal models of agreement where each party would be a winner, for example.

It would not eliminate the role of the diplomat of course, because each party in a conflict has its interests; it is never the ideal win-win solution and we could therefore try to bring the parties as close as possible. Having gone through different negotiations, I can tell you that it would be really useful.

GS: You are a board member of GESDA, which is accompanying the project. Tell us about GESDA’s role in all of this.

MCR:  GESDA is based on an idea from stems from science. What will impact technological developments in the next 10,15, or 25 years? What are the main technological advances that will shake up our society and how - for GESDA - how can we anticipate these technological advances? And the goal is to accelerate their availability for the benefit of all and for the benefit of relations between states. And then the purpose of GESDA is then to set out possible solutions and assist in financing them.

Currently GESDA is at the stage of identifying advanced technological sciences in dozens of areas, from geoengineering to gene editing, which raises all kinds of ethical questions…. The second stage is the development of solutions, collaborating with different actors, NGOs, associations, and international organizations. That deadline is July 2021. The project of the Science and Diplomacy Center is a little ahead of schedule because we are already at the stage of realizing the project and searching for funding.

Science's valuable lessons from journeys into the unknown

Could 2021 be the year of climate and security on the Security Council?

Fractured communities pave the path to peace in Mali