Creating a healthy public media for a healthy society 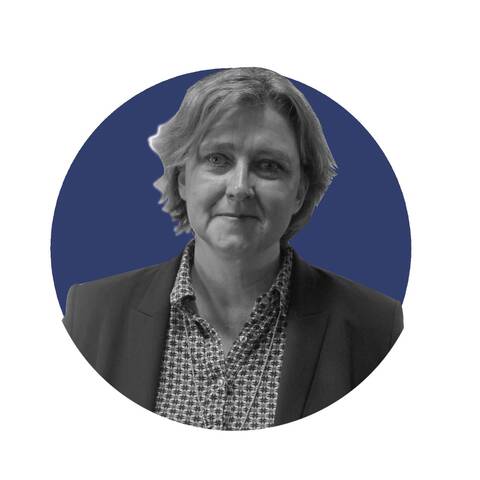 Public services in all countries face the need to reinvent themselves to maximise their social usefulness.

SRG SSR - the Swiss public service media company that offers TV, radio, and online content each linguistic region (RTS, SRF, RSI and RTR) as well as a multilingual information website for foreign audiences (SwissInfo) - is no exception. Let’s focus on an unprecedented experiment carried out in Switzerland's four language regions.

Delivering public value to society. Two years ago, Swiss citizens almost refused to continue funding the SRG SSR. The popular initiative "No Billag" proposed abolishing the license fee. After heated debate, both in public spaces and on social networks, more than 72 per cent of the population finally rejected the initiative. But the results could have easily tipped the other way. It should be noted that the majority of the population that has eventually declared itself in favour of SRG SSR is precisely the one that uses it the least: young people. They have done so on the basis of a strong perceived public value: our contribution to democracy.

The works of EBU (European Broadcasting Union), whose headquarters are located in the heart of international Geneva have shown the necessity for public media services to engage with stakeholders to better share and align on how media contribute to society. The idea is not only to legitimise public media but to mobilise collective intelligence to improve our services.

Drawing on knowledge from EBU, we have defined four pillars of public value that are fundamental for Switzerland and its specificities: contributions to democracy, to diversity, to cohesion and integration, as well as to the media ecosystem.

Process matters. The “No Billag” initiative has taught us how much listening and dialogue must be at the centre of the operational and strategic activities of our public service. Since then, we have committed ourselves to better understanding the expectations of the entire population living in Switzerland so we can respond to them in the best possible way.

We first conducted a broad consultation in 2019 in the four linguistic regions of the country to measure the perception of our performance on the four pillars of Public Value. This exchange took place both internally and externally. We met with around one hundred personalities representing civil society, associations, culture, the economy and the media. Using the same methodology, we conducted 17 workshops with staff and senior management within SRG SSR, , as well as 11 workshops with the general public. We also commissioned  a representative survey of 1,200 people.

The quality of the comments, proposals or simply the requests made deserves to be emphasised. It attests to the relevance of mobilising collective intelligence. This consultation enabled us to identify the dimensions of Public Value that are considered essential and to identify seven major challenges for development and improvement, as well as around 100 suggestions that were further debated in a new phase of dialogue in 2020. These 7 major challenges cut across the four pillars. They relate to the quality of information, citizen participation, the Swiss content of the offer, the visible representation of diversity, SRG and young people, SRG and its relationship to the Swiss media landscape and its relationship with the Swiss population.

Engaging with stakeholders to continuously improve our contribution to society. In 2020, SRG SSR, which is a is an association of 23,000 members organised in regional societies, has decided to extend the dialogue with the population in order to deepen these seven major challenges and identify society's main expectations towards the public service. Around ten dialogue workshops were held, bringing together 350 people. To circumvent the COVID-19 crisis, the Association organised a vast digital survey that brought together more than 9,000 contributors.

We analysed the results of this dialogue phase to focus on priority expectations.  These expectations are very strong in order to keep the Swiss democratic model alive and to defend it. They mainly concern the deciphering of fake news. It is also expected that SRG SSR will make diversity more alive while promoting the cohesion of Switzerland. Identifying and dealing with current issues that concern both the linguistic regions and Switzerland is noted as a priority.

Feedback, transparency and partnerships to strengthen trust. The Public Value process has enabled us to identify a number of appropriate measures and possible partnerships with civil society which SRG SSR will undertake to implement in 2021.  And, of course, we will continue to offer new forms of dialogue and listening while sharing the results of this first cycle both externally and internally.

Public Value is an opportunity for SRG SSR to step away from day-to-day operations to deliver a long term vision on how media contribute to society. We are convinced that this new form of dialogue enables us to better understand society's expectations, because only healthy public service media can contribute to sustaining and strengthening the functioning of a healthy society. In this digitalised world in which algorithms are replacing market shares and audiences, we must, more than ever, give a fair place to human relations, dialogue and openness to criticism in order to continue to live together, and above all to live together better.