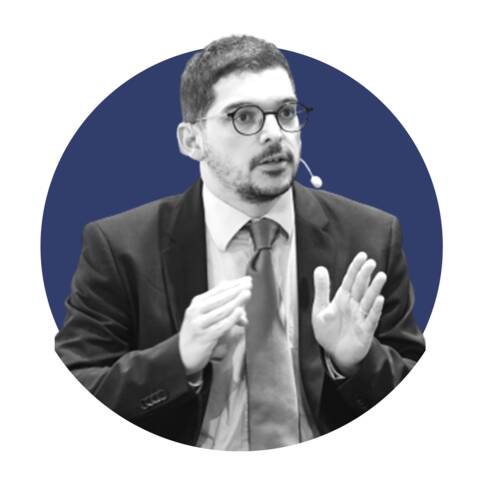 What does science tell us about SARS-CoV-2 transmission? Most of us believe that each infected person infects two or three others. But this is plainly wrong. This average number of people infected by one person is hiding a different reality, where, for instance in Hong Kong, 70 per cent of the infected people were actually not infectious, with the remaining 30 per cent compensating with very high rates.

The genealogical tree of the virus is thus very irregular. We do not know yet what contributes to this discrepancy, but we can still take advantage of it: when someone tests positive, it is almost all the time much more effective to look for the other people that were infected at the same time and place rather than looking for the people he or she might have infected. In other words, this strategy aims to go back in time, find superspreading events, and prevent those from leading to further superspreading events downstream.

For instance, a careful assessment would show that many early and thus very effective quarantines have followed from the detection of the White House superpropagation incident.  Unfortunately, no document of the Swiss scientific Task Force explains in detail what has been the main strategy in multiple Asian countries from the start. The utility and difficulties of this so-called reverse contact tracing technique has absolutely not been explained to the general public.

In our everyday lives, things are much harder to trace than at the White House: would authorities be able to find all participants at an old event? For a while, we had paper lists that were supposed to help with this. Unfortunately, neither patrons nor organizers nor politicians were taking this seriously enough. If something was registered, it was often an encounter between Mickey and James Bond, and unreadable phone numbers. That's fairly natural, given that the importance of this logging was never really explained or insisted upon. To mitigate those problems we now see a rushed and uncoordinated deployment in multiple cantons of QR code-based solutions.

So, what has Switzerland been doing for the past six months? We have heard, again and again, of SwissCovid, the Swiss contact tracing app. SwissCovid's development reminds me of the Cargo Cult religions. Throughout the Pacific, during World War II, locals observed the "white man" arrive with goods of unseen sophistication and power. On the island of Vanuatu, some figured that if they replicated the gestures made by Westerners, all kinds of providential cargo was bound to land ashore for them as well. Their ceremonies involved military marches, mock airstrips, and coconut copies of traditional Western technology. This eventually led into a series of cults, with remnants still lasting to this day.

Since March, in response to the pandemic, Switzerland is suffering from a reverse Cargo Cult. When our leaders observed the Asian response to SARS-CoV-2, they became transfixed with the magic of highly unreliable Bluetooth signals that would log exposure risk. Without fully understanding the context in which these apps were embedded, or the epidemiological utility of each component, they sought to replicate them, with their own privacy spin. The problem is that reality is stubborn. By May, when SwissCovid promoters started exporting its model throughout Europe, we knew enough to evaluate objectively and scientifically that this was not the right approach. Unfortunately, a gigantic propaganda effort was by then in motion, with every encouragement from authorities to get the population to install the local flavour of the app further divorced from the science.

A public health crisis is not a war, but both are certainly confusing. We urgently need our tracing strategy to be intelligible and effective. If we can set aside hype and hubris, and instead follow the science, I am confident QR-codes can be the practical embodiment of a much more effective alternative to SwissCovid.

Paul-Olivier Dehaye is the director of PersonalData.IO, a nonprofit focused on making data rights individually actionable and collectively useful. He has contributed to the uncovering of the Cambridge Analytica scandal. He is on the board of directors of MyData Global and co-founder of MyData Geneva.