Several countries met virtually on Tuesday to discuss how the World Trade Organisation (WTO) can pave the way towards a more circular and environmentally sustainable plastic trade – a market with an estimated value of one trillion Swiss francs and accounting roughly for five per cent of global trade, according to UNCTAD.

The event, organised by China and Fiji, was held during Trade and Environment Week 2020, a forum aiming to examine issues at the forefront of the trade and environment WTO agenda.

Referring to plastic pollution as a “pressing global challenge”, the permanent representative of China, Ambassador Xiangchen Zhang, said that trade was “an integral part of efforts to promote a more sustainable plastic economy.”

Why it matters. The UN has called plastic pollution one of the biggest environmental challenges. Between 1950 and 2015, 8300 million tonnes of plastic were produced globally. Of the 5800 tonnes that are no longer in use, only nine per cent have been recycled, whereas the rest has been incinerated or ended up in landfills.  Today, plastic waste production has climbed to 300 million tonnes a year.

While the full impact of plastic debris on ecosystems is not yet known, for 40 years researchers have been documenting its harmful effects on wildlife, and more recently the biological negative impacts from the ingestion of microplastics – particles smaller than 4.75 millimeter in diameter.

Ambassadors Nazhat Shameem Khan of Fiji and Cheryl Spencer of Jamaica recalled that this was a matter of survival for small island nations, whose economies and livelihoods depend on the wellbeing of their natural environment.

What countries are doing. An increasing number of countries are taking steps to tackle plastic pollution, such as introducing taxes and restrictions to certain single-use plastics. Around 69 countries have passed a full or partial ban on plastic bags, according to the German statistics platform Statista. 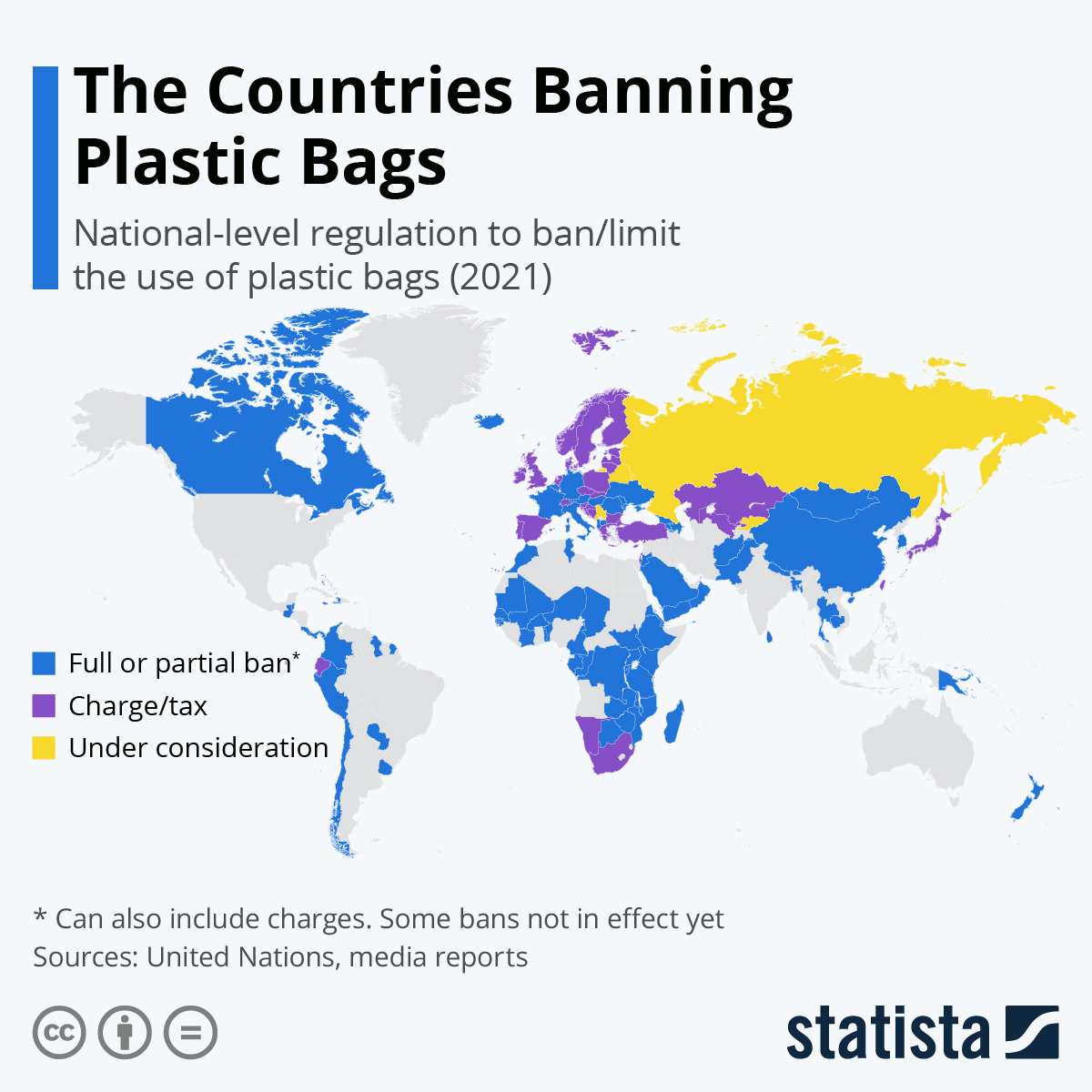 You can also read: US pressures Kenya on plastics

WTO’s deputy-director general Alan Wolff noted that between 2009 and 2018 members submitted 128 measures related to plastic and trade, from technical regulations for better waste management to import licensing schemes to regulate trade flow of certain plastics. Around 80 per cent of these measures came from developing or least developed countries, he pointed out.

Despite this, countries are still far from the mark. Retailers and consumer goods companies are still making slow progress on making more of their plastic packaging recyclable. This is according to findings released earlier this month Ellen Macarthur Foundation and UNEP.

Launched in 2018, the New Plastics Economy Global Commitment tracks the efforts of businesses and governments responsible for a fifth of the world’s plastic packaging, in meeting commitments to cut plastic waste.

While there has been significant progress in key areas such as the phasing out of certain problematic items like bags and straws, reducing the need for single-use packaging altogether remains a challenge, the foundation said.

What WTO can do. WTO members who participated in the dialogue, including Australia, Barbados, Canada, Morocco and Jamaica, expressed support for the initiative and highlighted several key areas in which WTO can contribute: