'Switzerland cannot buy its way out of ambitious climate action' 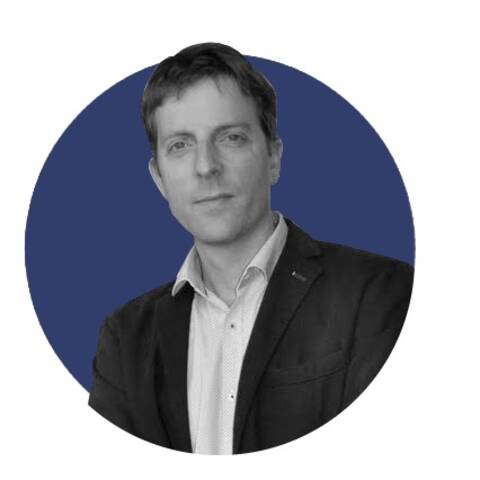 The Swiss federal government last month signed-off bilateral offsetting agreements with Peru and Ghana, in what the countries described as a world-first under the Paris climate accord. These agreements will allow Switzerland to buy carbon credits from these two countries, as part of its climate mitigation commitment under the Paris Agreement.

In a nutshell, offsetting consists of buying credits issued by projects that avoid the emission of greenhouse gases (for example, by replacing a fossil fuel power plant with renewable energies) or remove carbon dioxide from the atmosphere (e.g. by planting trees). Each credit represents one ton of non-emitted or removed carbon dioxide, and the buyers can then directly subtract the corresponding volumes from their carbon footprint.

This way of proceeding poses various difficulties. Among them are questions about the environmental integrity of the credits - do they really provide the climate benefits they are supposed to embody? - as well as questions about the overall interest and legitimacy of the system.

Now, given that the Swiss agreements with Peru and Ghana seem to follow best practices in this respect, I am going to assume the environmental integrity of the projects and focus on the latter questions. Even though funding climate protection projects abroad is a good thing, there is a growing concern in the climate community that these offsetting mechanisms do not help raise the level of ambition and might even be counterproductive.

A first problem is that it is an arbitrary accounting practice – I buy credits and do as if I had reduced my own emissions – that is not compatible over the long term with the Paris Agreement goals. Limiting global warming to 1.5°C above preindustrial times will require countries to reach net zero global emissions by mid-century, which means that global emissions will have to be cut by at least 95 per cent by then and that the remaining five per cent or so will have to be balanced with equivalent removals of atmospheric CO2.

Hence, when every country on the planet will have to get almost entirely rid of its emissions, paying others to do it for us makes no sense. In this context, relying on carbon offsetting to meet one’s climate goals, even temporarily, is just a loss of time and can even give the wrong impression that enough is being done. The case of Switzerland is interesting in that respect.

Switzerland pledged to cut its greenhouse gas emissions by 50 per cent by 2030, relative to 1990, which does not seem so bad at first sight. However, according to the revised CO2 Act a quarter of these reductions, that is 12.5 per cent, may be achieved abroad through offsetting projects. Add to that the fact that Switzerland’s greenhouse gas (GHG) emissions have already decreased by around 15 per cent since 1990, and it turns out that the actual goal for 2030 is in fact a reduction of territorial emissions of around 25 per cent relative to 2020.

This represents a mean reduction rate of three per cent per year, when nine per cent would be needed to stay in line with the goal of the Federal Council to reach net zero emissions by 2050. Here, offsetting just shifts the reduction effort to the future, meaning that much more aggressive reductions will be needed between 2030 and 2050 (12 per cent per year).

Another problem is that offsetting schemes can potentially stymie the ambition of the host country (the one selling the credits). Under article 6.2 of the Paris Agreement, countries are allowed to sell only the emissions reductions that go beyond the pledge they have made under the agreement (so-called Nationally Determined Contribution). But this mechanism could provide an incentive for countries to make weak pledges on purpose, in order to be able to sell easily achievable additional reductions.

Peru is a case in point, since its Paris Agreement target is judged insufficient by climate policy analysts at Climate action tracker. According to this website, even a revised and more stringent target would be met with current policies, which means that there is a risk that Switzerland will do no more than buying “hot air”, that is emission reductions that did not really require additional efforts and could have been integrated by Peru into a more ambitious pledge.

Furthermore, selling its emissions reductions to Switzerland means that Peru will not be allowed to count them toward its own future mitigation targets. Referring to the recent agreement between the two countries, Climate action tracker writes that “this poses a major risk for Peru in the long-term, as achieving further mitigation reductions in the future (as needed under the Paris Agreement) will become much harder”.

Carbon offsetting is a legacy of the old Kyoto Protocol, when only developed countries had a binding climate mitigation target and could buy emissions reductions in countries with no binding target. But this rationale makes no sense anymore (if it ever did) in a context where everybody has to cut its emissions as fast as possible.

Don’t get me wrong. Funding climate mitigation projects in other countries is both useful and necessary. But this should be made in addition to ambitious reductions at home, not instead of it as the current system proposes. In fact, the funding of mitigation projects abroad should be understood as climate finance, which is also an important duty of developed countries under the Paris Agreement.

And for the sake of clarity and transparency, countries should instead begin to count and communicate separately on their actions towards reducing their own emissions, removing CO2 from the atmosphere, and helping others to do so. Most importantly, we should stop using dubious carbon accounting practices and a misleading equivalence between reductions abroad and at home. At a time when a complete decarbonisation of the global economy is a vital necessity, there is no escaping of one’s climate responsibility anymore.